For passionate representation of female challenge in finding a true self, a Jury special mention goes to Eve After the Fall, represented by director Lana Baric and producer Irena Markovic.

For evoking a specific place and time through the emotional gaze of a young girl, Film Center of Montenegro Co-Developing Award goes to a strong creative team of director Ester Ivakic and producer Andraz Jeric driving this debut feature film - Neither Voice.

For deconstructing the alpha male archetypes of certain generation and its heritage in a small society, the Slovenian Film Center Project Development Award goes to Nothing will Be Named After Me, represented by director Djordje Vojvodic and producer Miljan Vucelic.

For confident and honest presentation of the project about complexities of human nature and the extraordinary of the ordinary life, Film Center Serbia Best Pitch Award goes to That's It for Today, represented by director Marko Djordjevic and producer Milos Pusic. 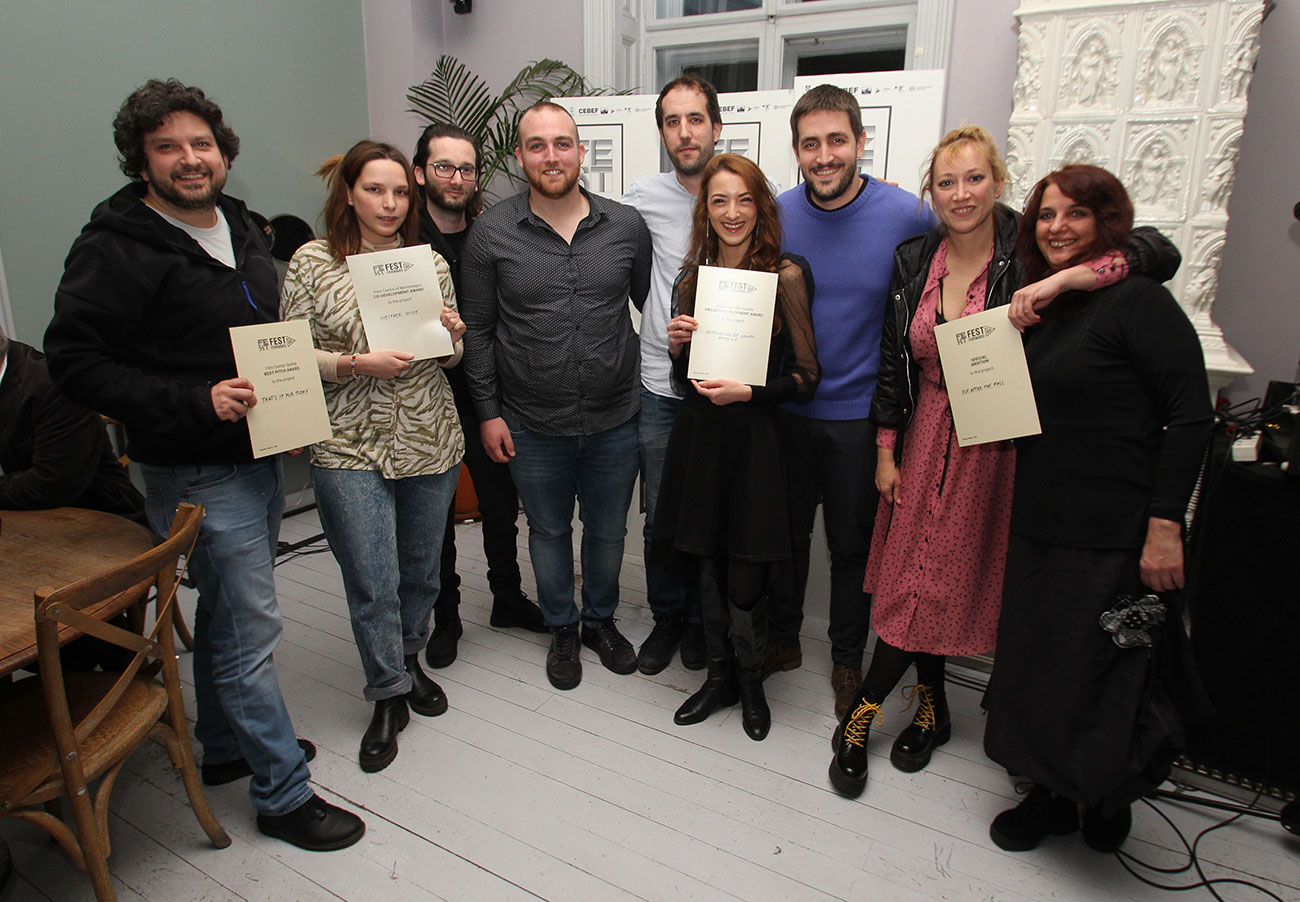 ONE TO ONE MEETINGS

During March 1st, all projects selected for Fest Forward had one to one meetings with industry guests.

First public day of FEST Forward started with pitching of 10 projects, which was moderated by Guillaume de Seille, from Arizona film.
Projects were separated in two blocks, and teams of director and producer, from each project had 15 minutes to present their future film and answer questions from the audience.

Neither Voice, Slovenia
Thats It For Today, Serbia
The Memory Of Autumn Mists, Slovenia
Nothing Will be Named After Me, Montenegro
Once Upon A Future in the Balkans, Croatia

Afternoon started with Funding news panel, moderated by Simon Perry, from ACE producers. Participants in the Panel were:

FEST Forward is an international co-production market and a networking platform focusing on South-East European cinema with aims to enhance European co-productions with this region. Next edition will take place in Belgrade, February 27th - March 1st 2022, during Belgrade International Film Festival.
Submissions are open for feature fiction film projects, with attached producer, at any stage of development, with a connection to South East Europe in subject or production context. Eligible countries / Eligible projects: Albania, Austria, Bosnia and Herzegovina, Bulgaria, Croatia, Greece, Hungary, North Macedonia, Montenegro, Romania, Serbia, Slovakia, Slovenia, Italy, Ukraine and/or project connected in the subject to these countries.
If you wish to apply for FEST Forward 2022, please read the Regulations, complete the on-line Application form and attach all necessary documents by January 25th 2022 (midnight GMT).
Selected projects will compete for partner’s awards and the FEST Forward Best Pitch Award, that include cash prize of €5.000 towards development of a FEST Forward project.
For additional information, please contact us at  .
.